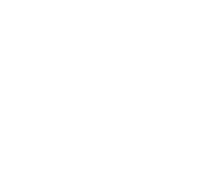 The Military Medical Clinical Centre of Southern Region (District Military Hospital of 411 Orders of the Red Star) was established on April18, 1797.
The hospital performed medical support in all the wars of the XVIII-XX centuries and elimination of plague and cholera epidemics in southern Ukraine.
The personnel of the hospital made an outstanding contribution in the history during the Great Patriotic war.

For great achievements in medical care of military personnel and in connection with the 30th anniversary of the Victory in the Great Patriotic the hospital was awarded the Order of the Red Star war on April 30, 1975.
Today the Military Medical Clinical Centre of Southern Region is a multi-field, medical and prophylactic establishment of the Armed Forces of Ukraine, with a capacity of 675 beds, with the staff of 220 physicians and 336 nurses, among them - 20 honored physicians of Ukraine, 2 doctors of medical sciences, 14 candidates of medical sciences, 148 doctors of the highest category.

The Center has the certificate of the highest category and a license for medical practice.
The Centre includes 24 clinics, 3 separate departments and maintenance sub-departments. Every year the Military Medical Clinical Center provides treatment to more than 20 thousand patients, serves more than 160 thousand outpatient visits, performs up to 10 thousand surgeries, does about a million of laboratory tests and more than 50 thousand of X-ray examinations.

For significant contribution to improvement of medical service of the Armed Forces of Ukraine, veterans of war and military service, members of their families, civilian population of Ukraine the staff of the Center has been repeatedly recognized as the best medical institution in the southern region of Ukraine.
The staff of the Centre has earned good reputation not only in the army but also among the civilian population.

A new contribution in the history of modern military medicine was made by the personnel of the Centre in an extremely difficult time for our state. From the first days of moving the troops in the ATO area, the Centre organized medical support by implementing logistics of supply, work medical and nursing teams directly in combat formations, organization of mobile field hospital work, evacuation and treatment of wounded participants of the ATO.

Diagnostic, therapeutic, and social bases have been greatly improved together with the volunteer movement.

Medical assistance to the participants of the ATO:

According to the Concept of Military Medicine Development mobile hospitals were formed at military medical clinical centers in 2007.

Mobile military hospital (multi-field, with 100 beds) is a specialized, multi-field medical health care establishment of the Armed Forces of Ukraine, which is designed to provide qualified and some elements of specialized medical care for the wounded, injured, afflicted, sick soldiers and civilians, for a certain level and volume, with subsequent evacuation to medical establishments of higher level in peacetime and special period, according to the requirements of the legislation of Ukraine and provisions of international humanitarian law.

Thanks to the continuous training of personnel and improvement of medical diagnostic base and social infrastructure (deploy training on 7.07.2007, Infectious diseases hospital 2008, East shield 2009, all SEA-BREEZES, Bolgrad and annual deployments) the mobile hospital arrived in the ATO area in a limited time frame in May 2014 and began to provide comprehensive medical care.

Medical assistance to the participants of the ATO:

To improve the diagnostic and treatment process and reduction of terms of treatment of wounded and injured military personnel in the area of ATO in the Military Medical Clinical Centre of southern region and 61 Mobile Military Hospital, I ask to provide assistance in the form of:
- Karl Storz video and endoscopy complex – 1 set;
- Ultrasound unit Logic E9 – 1 set;
- X-ray pictures digitizer AGFA CR 15-X with a set of digital cassettes;
- portable ultrasound machine ALPINION E-Cube inno – 1 set

Head of the Military Medical Clinical Centre
of Southern Region